In 1991 porn star Veronica Hart starred in Bloodsucking Pharaohs in Pittsburgh, which has to be one of the greatest movie titles in horror history.  It’s another I haven’t personally seen yet, but it has to be a “so bad it’s good” film, after all a credited director is the great Alan Smithee, nom de plume of every director too embarrassed to out his name on his work.  With that title you really don’t need too much of a synopsis, it’s pretty self-explanatory and, the title alone, and possibly Veronica Hart should convince you whether you want to see the film or not. 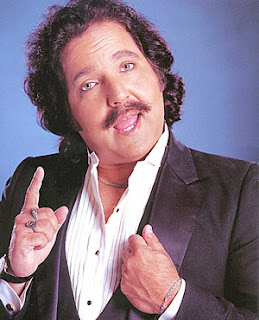 In 2008 we get what we were promised in 2003 with Evil Breed, a horror movie featuring Jenna Jameson as a major character in Zombie Strippers.  Jenna stars alongside horror icon Robert Englund as the most popular dancer at a strip club infested with the living dead.  It’s more comedy than horror, but the zombie element does qualify it for this category.  Zombie Strippers pretty much delivers on all of it’s promises, nudity, gore and more nudity.  There isn’t a lot of acting but really a movie like this doesn’t require acting, just a willingness to get naked and covered in gore. Englund hams it up because he knows he has it good.  Hey who wouldn’t want to be in this movie other than the nut jobs at the Westboro “church?”

The latest, at least at the time of my writing, is 2011’s Bloodlust Zombies with Alexis Texas. The biggest problem I had with Bloodlust Zombies was it couldn’t make up its mind whether it was going to be a serious film or a comedy.  My favorite part was Alexis Texas’s tits. We do get to see them a couple times.  There were some truly funny moments in Bloodlust Zombies and the film would have been better to play to these.  The serious moments, even when well-acted just didn’t work