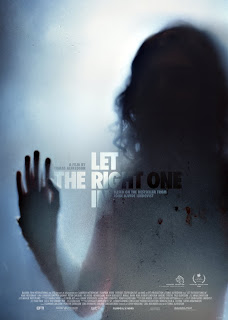 The decade is rapidly closing and top lists are appearing everywhere. With this in mind I decided to make a top ten horror films of the decade. After doing a bit of research and straining my brain I found it impossible to limit my list to ten movies. The list quickly stretched to fifteen and with a bit of work made it to twenty. One thing that may strike you is the number of foreign language films on my list. It may be more shocking to some people that know me that any English language movies made it. American cinema continues to struggle with quality, while foreign language films, as well as English language, non Hollywood films seem to get better. Without further ado here is my list with a very short synopsis on each.

-
On the surface a vampire movie this is just as easily a love story about two outcasts who find companionship with each other. Wonderful performances from the two child actors propel this Swedish film above the competition and puts twilight to shame. An American remake is on the way as we speak

masterpiece is this dirty gritty revenge movie that while many will not consider horror, it delivers the goods. Zombie blends ultra violence, with a driving 70’s soundtrack, and great performances from a virtual army of genre actors. 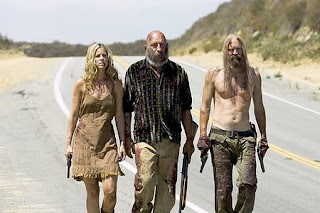 3.Shaun of the Dead

The movie most faithful to the Romero

trilogy isn’t a Romero film, it isn’t even a serious movie. Edgar Wright and Simon Pegg

Comedy Romance ( Zomcomrom?) that is both hilarious and respectful of the Dead films. Each new viewing seems to reveal a different homage to Romero’s classic films.

4. Martyrs
One of the most brutal and unforgiving films you will ever watch. Martyrs

is a brilliant French film

One of the best adaptations of a Stephen King

story that has come along in a long time. Purists may scream at the ending but it remains a very faithful adaptation. I think if King had decided to write an extra twenty pages, he would have written the ending that Frank Darabont

filmed for the Mist. A great movie but the ending is one of the darkest and most heart rending in film history.

proves his horror chops with The Descent. The Descent is one of those few films in the horror genre to succeed with an all female cast. The Descent is brutal while not being overly gory or bloody, still it like many classic films feels much more bloody than it actually is.

Another French film in the list, Haute tension is directed by Alexandre Aja who went on to direct The Hills Have Eyes

. Haute Tension is every bit as bloody as Hostile, but without the overly long buildup and “happy ending.” It does suffer from lapses in continuity but the sheer joy of it’s brutality overcomes these issues.

8. May
May is the story of a girl who just doesn’t fit in with society. This is fertile fodder for the horror genre and director Lucky McKee

takes the idea and runs with it. May

is subdued and fairly bloodless but still delivers the goods.

]
Spanish horror film that was remade as Quarantine

in the states. While Quarantine is not a bad movie, *[Rec] is far superior. The lead actress is much more charismatic and the acting seems much more real and not “Hollywood,” which is a good thing considering most of the film is supposed to be news footage. A great new entry into the zombie genre.

Another unconventional zombie film and one of the few “fast” zombie movies that is worth watching. 28 days is one of those films that never slows down. The viewer can never feel safe or secure, every lull is a trap. Purists will argue that it’s not really a zombie movie and technically they are right, but do not let nit picking stop you from watching this film.