Jonah Hex rides from the comics onto the big screen 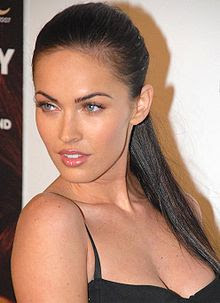 Comic Book characters are currently making their way to the big screen faster than a speeding bullet and the latest comic property to make the big screen is Jonah Hex. Not familiar with Jonah Hex? He might not be as recognizable to the general public as Spiderman or Iron Man

but within the comics world Jonah has a loyal following. Jonah is not a superhero in the traditional sense as he doesn't wear a costume or have any super powers. Jonah is a wild west bounty hunter, an ex Confederate soldier who surrendered but refused to remove his colors. He is an anti hero closer to the Punisher


Jonah first appeared in DC comics back in 1971. He was the central character in DC's Weird Western Tales

until he got his own comic book, Jonah Hex in 1977. Jonah's most distinguishing characteristic is the horribly scarred right side of his face. Clint Eastwood based his look and mannerisms in 1976's The Outlaw Josey Wales

on Jonah Hex. Besides looks their origins are similar, both men fought for the Confederacy, both rode with Quantrill's raiders, and both surrendered to the Union only to be betrayed and see their men massacred.

In 1985 Jonah was transported into the 22nd century for a 18 issue series called Hex. It was a huge success in Europe and Asia and while not as popular was a moderate success in the US.

. The series took Jonah into a more supernatural setting where he faced zombies, ghosts and the Autumn Brothers, two half breeds based loosely on H.P Lovecraft's

stories. The Autumn Brothers stories published as Jonah Hex: Riders of the Worm and Such

, resulted in the creators being sued by Musicians Johnny and Edgar Winters

in 1996. The Supreme Court ultimately sided with DC comics in 2003 that the creators were protected as parody under the First Amendment.