Trailer for Grimm Love: based on the real life german cannibalism case 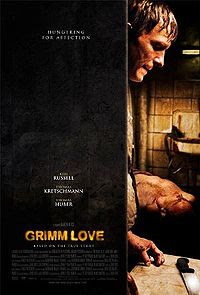 This is the German trailer for the film Grimm Love, set to be released in the US this fall and starring Keri Russell. It is based on the real events of the Armin Meiwes cannibal murder story and is reportedly extreemely disturbing. There is the possibility of a limited theatrical release. It was originally banned in germanyn in 2006 but the ban was overturned in 2009 The ban was not so much due to content but was banned on the grounds it impeached the rights of Armin Meiwes the subject of the film.