Machete: The film the fans demanded 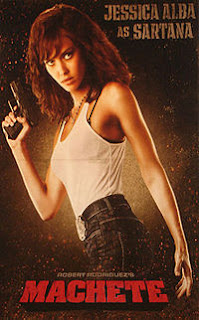 Machete is the newest project from Robert Rodriguez

. Calling it new is a bit of a misnomer though since the idea of Machete has been around since the 90s. The character of Machete first appeared in the movie Spy Kids

where he was played by actorDanny Trejo

. Trejo returns to play the lead in Machete.


The plot of Machete revolves around a Mexican day laborer turned assassin. It just so happens that this is not just any day laborer, but a former Mexican federale. Machete is hired to assassinate a crooked senator but find him self set up and double crossed. Surviving the ambush he sets out for revenge. The bad guys soon find out. To quote the tag line, "They f**ked with the wrong Mexican!"

Even though the first appearance of Machete was in Spy Kids, Rodriguez admits that the idea of a Mexican day laborer, moon lighting as a hit man has been around longer than that. He wrote the original screenplay for machete in 1993. Bits and pieces of the Machete screenplay have worked into several of his films, including Once Upon a Time in Mexico 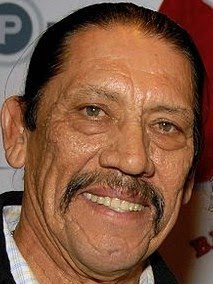 Danny Trejo is a Rodriguez regular. He has appeared not only in Spy Kids

but also in From Dusk Till Dawn

and its sequels, Desperado

, Once Upon a Time in the Mexico

. It seems only natural that he would reprise the role he originated in the Machete feature film.

This will be the first leading role for the recognizable character actor and honestly its about time. Trejo has paid his dues appearing in literally scores of lower budget films and making frequent appearances in more well known projects. Know mostly for work in action and horror films he recently stepped away from the genre for a role in the drama Sherry Baby