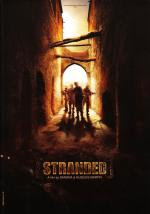 The French horror film Djinns has been retitled to Stranded.  It deals with a group of Ferench soldiers sent into the desert where the come face to face with the legendary Djinns.  The official synopsis are below as well as an original poster for Djinns.


The North African Desert of the Sahara - 1960. Soldiers are sent on a rescue mission in the desert. Trapped in a sand storm, isolated from their commander, they run into Algerian rebels. As they seek shelter in an uncharted village another, invisible, threat comes out from the desert -- the Djinns. As their ranks are decimated, they'll face the longest night of their lives. 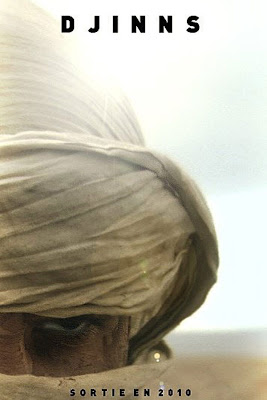