Akira Kurosawa and The Legacy of Yojimbo

This is an excerp from my article published on associated content help a brother out and follow the link back if you find the article interesting. 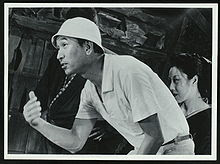 Akira Kurosawa is considered by most to be the master of the Samurai movie. He is also considered to be one of the greatest directors of all time. Kurosawa

was born in 1910 and passed away in 1998. His film career spanned 57 years and in that time he directed 30 films. Many of his films have become popular in their own right in America and have been remade several times. Indeed for those who think remakes are a recent fad, the films of Akira Kurosawa show that the remake has been around for decades. One film that proves this point is Yojimbo

, as the title character, which roughly translates as bodyguard. Mifune is a wandering samurai with no master, a ronin. During his travels he comes upon a town controlled by two rival gangs. He hires himself out first to one side, then the other, betraying both sides in turn. He deftly coerces both sides into a climatic showdown that leave both gangs decimated and the town free. 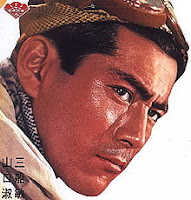 in a series of films directed by Sergio Leone

. This was just one of many of Kurosawa's contributions to cinema. Rashoman is his most influential and critically applauded films , but no film has had as lingering an effect on film as Yojimbo

, thanks to its many remakes.

click to go directly to page 2 of the story

Any help out there to keep my blog moving would be greatly appreciated.  You can help by visiting my sponsers, buying anything from the Amazon links, sharing my blog or leaving a comment.
Peace
Posted by Lord Dixie at 2:52 PM