Horrorfind Weekend line up so far

Full line up for Horrorfind Weekend SO FAR! Mike has hited that msore guests will be announced and already this is the biggest HFW ever. 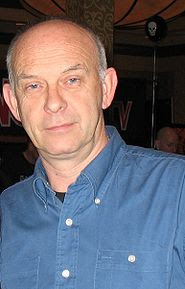 
Clive Barker- Writer and director of Hellreaiser, Midnight Meat Train and many others

George Romero- Director of Night of the Living Dead, Dawn of the Dead and many more

Don Coscarelli- Director of Phantasm, Bubba Hotep and Beastmaster and many others

Angus Scrimm- The Tall Man from the Phantasm series

Reggie Bannister- Reggie from the Phantasm series and Bubba Ho-tep

Gary Busey- From the Buddy Holley story and Silver Bullet

Jake Busey- from The Frighteners

Billy Wirth- from The Lost Boys

Dick Miller- Gremlins and way too many films to list

Terry Alexander- From Day of the Dead

Bruce Campbell - Burn Notice, Evil Dead and Bubba Ho-Tep ( Bruce will be celebrity guest at the costume contest and will host a charity auction but is not going to be signing autos at this time)

Meg Foster- They Live and many others

Dee Wallace- Star of Cujo, ET, The Howling and many others

Adrienne Barbeau- Star of The Fog,Creepshow and Maude

, Lord of the G-Strings, many others

- Italian actress from The Church, Opera, and many more

Brian Keene-the Rising, The Conquer Worms and many others

Jack Ketchum-The Girl Next Door, The Lost and many other
Posted by Lord Dixie at 10:38 PM