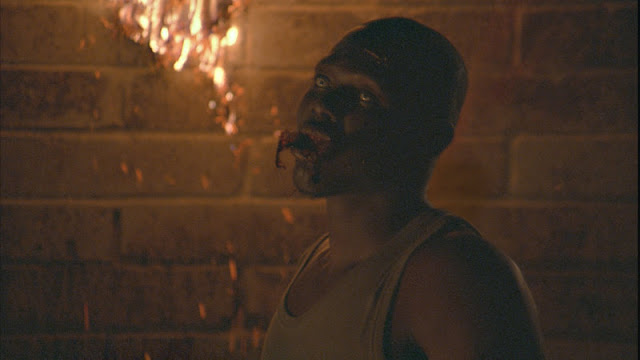 Just found this trailer and a little info on a movie called The Dead. It is the first zombie movie that I know of set in Africa. There is no release info yet and as far as I know no US distribution. It really looks good. Looks can be deceivingbut this bring me back to the glory days of Romero

. A film that takes a prehaps global zombie outbreak but focuses on the effects it has on an indivual. Found three trailers and some pictures. Enjoy!

Official synopsis
"An American mercenary, the sole survivor of a plane crash, has to run the gauntlet across Africa, battling with the living dead. Joining forces with a local military man, desperately searching for his son amongst the chaos, they fight together to survive"