Why do we watch disturbing films. 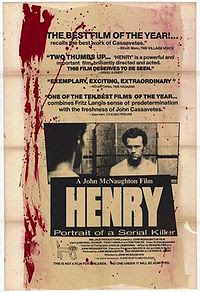 I actually got asked this not long ago. I was compiling a list of the most disturbing horror films. I had my draft printed out and a friend found it and read a few of the descriptions. Apparently just my short synopsis of films such as Cannibal Holocaust

, Martyrs, and Henry: Portrait of a Serial Killer

were enough to disturb her. “Why does anyone watch films like this?” She asked me. Well anyone who has been posed a similar question to a person who is not a horror film fan knows it is really impossible to make them understand. Most of us probably aren’t exactly sure why we are driven to the more extreme elements of horror.

remake have pushed the envelope of the casual horror fan. Still these films are for the most part extreme only in the amounts of blood and gore on the screen. There is a huge difference between a film like Saw and a film like Takashi Miike’s Imprint

. Saw is bloodier and gorier yet, it and it’s sequels play regularly on premium cable. Imprint meanwhile, was considered too disturbing for Showtime’s Masters of Horror. Then there are the incredibly disturbing films like Martyrs

and Henry: Portrait of a Serial Killer that transcend the genre and become works of art. Sill why do we put ourselves through the emotional torment?

They elicit an emotion is us. They change us just a bit. Just like any work of art. As a lover of fine art can be transformed by a Van Gogh

, we can be changed by the emotions we feel in a film. The more brutal and disturbing the stronger the emotions. Are fans moved by a film like Hostel

? Possibly. What about a film like Friday the 13th

? Not likely. That doesn’t mean it is a bad film, but it lacks the emotional content that other films contain. It is impossible to set through Martyrs and not be moved.

It is hard to sit through Martyrs, but if you manage it, just like the heroine Ana, you will be transformed. Maybe just a bit but you will come away changed. The emotions are just too strong. The characters too real. We care for them and we watch them destroyed. It is not that we enjoy them being destroyed, we don’t. But in their destruction we gain something. Some deep understanding of ourselves and our world. We gain an understanding of our own inevitable death.

Fans of horror have long understood that these films force us to confront our own mortality. They allow us to look into the abyss and walk away. To understand that one day that abyss will claim us. These disturbing films work in a similar way only much more potent than the average horror film. If The Wolfman

is a Tylenol, then Audition

is a shot of morphine. We have so desensitized ourselves to horror that just like a junkie the weak stuff just doesn’t work any longer.

Critics of the horror genre have long accused it of desensitizing us to violence. I think it is the other way around. The world is numbing us to horror. In 1931 Dracula

was horrifying, in our modern age Bela Lugosi hamming it up in a cape just will not suffice. In a world where we are constantly bombarded with child killers, genocide, and global terrorism we need something stronger than a Hungarian count and fake spider webs. We still need that emotion, but we need a stronger drug. Because we need to be forced to look at death in order to fully live. We need to be reminded that mortality is what makes our lives so special.

So we watch horror films and as we get more and more doses of the nightly news, just like an infection we get resistant. We get closer to the abyss. Maybe sometimes we get too close. I felt way to close to the abyss after watching Oldboy

. I also felt that elation that comes with standing on the edge of the void. We crave that feeling and even though we might not admit it, we crave that queasy disturbed feeling. The same people who look at us funny for enjoying Inside will rush out to see Marley and Me

, leaving the theater in tears. They have gotten that same look into the dark, just from a different angle. I believe they are more like us than they, or we, want to acknowledge. 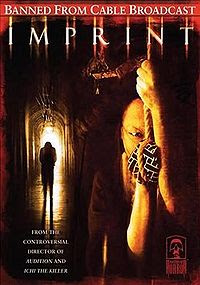 They flirt with the dark side. Watching light weight fare like Twilight

and calling it horror. Others rush to see the latest bloodied up remake and say they love horror. While many true horror fans get pushed by the wave into deeper and darker frontiers. Maybe those of us who watch these films just need them more. Just like the addict we need our fix. Maybe instead of heroin it’s the Zoloft that keeps us sane. The drug that allows us to let our darkest side out in a safe environment. The valve that keeps us from going critical.

and I will just ask you why you like The Notebook. As different as they are, they both share certain similarities. They both look into the abyss. They both remind us that life is short lived. That dignity can be stripped away, by age and disease in The Notebook

and by people in I Spit On Your Grave. So when you look at me and turn up your nose, try and remember this. We aren’t that different after all.
Posted by Lord Dixie at 2:18 PM